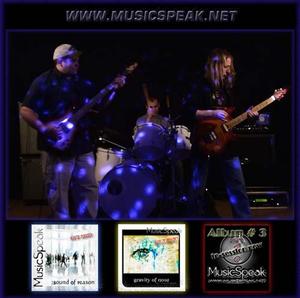 Click here for Interviews
[Gary Williams / MusicSpeak / Musicspeak Education Program]
​MusicSpeak 'gravity of now' and
'sound of reason'
from the current album trilogy project are OUT NOW!
On CD, MP3, and STREAMING
Thank you for contacting MusicSpeak®! If needed, you will hear back within 24 hours. 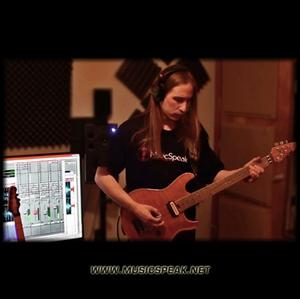 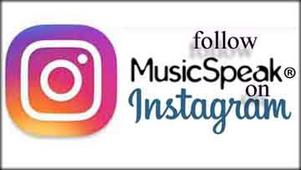 "'Original dynamic rock' with ranging influences, mixed together to bring a fresh sound to fans of timeless rock."

As a catalog of music sees release, the picture becomes more clear.....this connected series of albums reveal a journey that started long before album1, MusicSpeak 'sound of reason' [2012], that continues through this second new title, MusicSpeak 'gravity of now' [2015], and to conclude the first trilogy project with the upcoming album3 (title, theme, and more tba, in production now).

From Vermont, MusicSpeak is the most recent step in following a lifetime path starting with his first musical "reaction'' (pounding on the floor with excitement upon hearing KISS 'destroyer'  for the first time) at age 6, on up through learning and working with his main instruments while playing non-stop; Performing and touring, writing and recording with others and on his own -now onto songs and albums, sessions and production, instruction and curriculum + more.

Gary Williams; As writer, performer, and producer, this multi-instrumentalist Musician - Instructor  ('Musicspeak - The Education Program' was the initial start of 'MusicSpeak - The Music' -in an effort to  provide supplemental material to help students with a range of topics across multiple instruments and styles) has made MusicSpeak a top priority as a self-financed, self-released independent solo project. Not alone though! Female vocalists (one lead vocal partner per album/project, so far) join Gary in-session to bring the words, album theme, dynamic -and 'voice' -to life. This time, Erica Raff shines in her recorded vocal debut:.

"Erica came in at a productive time right after 'sound of reason' released. I'm happy our paths crossed when they did. This can be a difficult role to be put in -to go from songs completed before we even met, to then go through development of reaching final vocal tracks as a team. With myself writing lyrics and vocal lines but actually singing little to none -it's a unique process and there are some fun moments when creating a line on an instrument, or demonstration through robotic composite tracks, or by me becoming a conductor. It takes friendly patience and a creative open mind -but experimenting settles in naturally to great end result!" [GW]

Both of these independent releases are exclusively available on the preferred CD version (with extras) "quick, easy, safe and direct" at WWW.MUSICSPEAK.NET

"MusicSpeak 'gravity of now' is the most expressive project I've done. In fact, during the first full playback as final mixes were getting dialed in, it hit me that what started as a more broad "dreams vs. reality -and making it all 'real'" theme had shifted to a more direct place. I had no idea when writing, but to hear it as complete work felt intense to think of all that happened in the time of going from imagination to becoming a physical thing ... the abstract actually became reality! To me it is "emotionally aggressive" but from more of a protective place. I would love for listeners to enjoy the album straight through, there are lots of angles and fun details hidden throughout that connect back to album1 ('sound of reason') and forward to the upcoming album3 as well. Thank you for reading, listening and supporting Independent 'original dynamic rock' from Vermont, USA!" [GW]